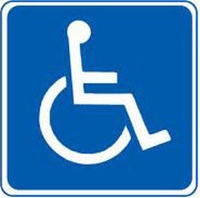 
The state of Arkansas is planning to kill Jack Greene. But Jack Greene has serious mental illness and should not be executed.

This doesn’t mean that Greene is not guilty of the capital murder of Sidney Burnett in 1991. Stopping his execution has nothing to do with his guilt — or even the fact that he should face a severe punishment for the rest of his life. But, under our law, Greene’s profound mental illness must determine whether he can be executed.

For more than three decades, we have recognized as a matter of constitutional law that executing someone who does not rationally understand the basis for their execution is cruel and unusual.

In his delusional mind, Greene needs to stand upside down, stuff pieces of toilet paper in his nose and ears until they bleed, eat from his sink, and perch on his toilet to protect himself from an imagined attack on his central nervous system. He believes the prison and his lawyers are working together against him in an elaborate scheme of retaliation and torture. He believes that his execution is part of a vast conspiracy by his lawyers and others against him. He does not rationally understand his punishment.

Nonetheless, Greene faces a November 9, 2017, execution because Arkansas has no constitutional avenue for him to prove the extent of his mental illness. The person who decides whether prisoners are competent to be executed is the director of the Department of Correction — the very person whose job it is to conduct executions. There is no other way for Greene to demonstrate or explain to an independent court why he should not be executed, even though he has struggled with mental illness for decades.

His first reported imagined attack on his body came in 1982. Greene, 27 years old at the time, went to the emergency room in distress. He told the doctors that he had been bitten by a snake.

But here’s the thing. Doctors did not believe there was a snake. It was all in his head.

Furthermore, Greene harmed himself based on his imaginary injury. He had split open his own leg, sucked out the imaginary venom, and made a tourniquet.

This is the nature of delusions. Greene’s delusions may seem bizarre. But to him, they are absolutely real.

We know serious mental illness may be the result of family history and genetics, or it may be the result of other life experiences and even head injuries. Which did Greene have? All of them. Seizures, major depression, and suicide all run deep through Greene’s immediate family. His siblings have been diagnosed with serious mental illness for years. Greene’s father committed suicide in front of him, and his mother died of an overdose.

If his biology stacked the cards against him, his life experiences made sure he had a losing hand.

As a boy, Greene was sent to the Stonewall Jackson Juvenile Training School — a notorious hellhole of physical and sexual abuse. He could not escape the sexual and physical violence there, and he tried to run from the school. This ended in a car accident where he broke his ribs, punctured his lung, and injured his head. He was then returned to the violent and chaotic school.

When Jack finally came home, he was a changed child, marked by telltale signs of trauma. He was withdrawn, quiet, crying, nervous, rocking, and haunted by nightmares. Such trauma, like a head injury from a car accident, changes the grooves of your brain.

So why is Greene still facing an imminent execution date? Because Arkansas has no constitutionally adequate way for him to prove that he meets the standard for someone too mentally ill to be executed.

In most states, lawyers for seriously mentally ill death row prisoners prove that their clients are incapable of rationally understanding the purpose of their execution, and thus ineligible for execution, by presenting their case to courts. Not so in Arkansas, where death row prisoners — and their lawyers — are expected to argue to the head of the Department of Corrections that they qualify for the exemption. This is an anathema to our system of justice: We do not allow jailers to determine our punishments or decide who lives and who dies in America.

At a minimum, Arkansas must hold a fair competency hearing to determine if Mr. Greene is too mentally ill to be executed. To proceed with the execution of Jack Greene, a person who cannot rationally understand the basis for his punishment, would be morally and legally wrong.